Jetboil Flash Vs. Zip: Which is the Best Cooking System?

The very first thing which I love to do in the holidays is going out for some camping or hiking. I always carry some amazing backpacking cooking appliances along with me. However, nowadays I am confused between the two cooking systems and thus making a comparison between them i.e. Jetboil Flash vs. Zip.

Both these compact cooking stoves are handy appliances that allow you to boil water, make coffee and cook meals during the campfire. On the other hands, there are lots of features which differentiate the Jetboil Flash and Jetboil Zip with each other. It is evident that choosing which one is the best among the two is quite difficult. Thus, in the below article, I will make a detailed comparison between the Jetboil flash vs. zip which will surely make your decision easier in the end. Before making the comparison, I will also tell you some similarities between the two.

There are few things which are common between the Jetboil Flash and Jetboil Zip. Please have a look!

Both of them have the aluminum cooking cups which come with the plastic-made lid as well as bottom cover. The cups are durable and sturdy that can survive any condition. The size of the both backpacking stoves is compact so that it becomes stress-free to store them in the small place. Isn’t it amazing?

The burner of the Jetboil flash and Jetboil Zip has the burner made up from the stainless-steel material. This burner does not get rusted or corroded at all and thus serves for the longest period without any problem. The support to the pot of the cooking stove also provided in both cooking systems.

We have already made a good comparison between the Jetboil vs. MSR, you may read that article here: Jetboil vs MSR

The tripod to the canister in the Jetboil Flash and Jetboil Zip is also present which benefits you during the storage time. You can carry both devices easily with you owing to their lightweight. Being a woman, I always prefer to take only lightweight cooking appliances so that it becomes easy for me to carry some additional girly stuff! I hope most of the ladies agree with me!

Comparison between Jetboil Flash vs. Zip

There are lots of valid and necessary parameters upon which I can differentiate Jetboil Flash vs. Jetboil Zip. But I am stating down only the essential ones.

1) Size of the cooking appliance

So, if I am traveling alone then, I would prefer Jetboil Zip, but if I have more people to me then, Jetboil Flash is a better option.

2) Weight of the units

The next parameter which I will consider for comparison is the weight of the units. Both systems is lightweight and compact to carry, but still, there is a slight difference between the weights of these two products. The jetboil flash possesses a weight of 13. 2 ounces whereas the weight of the jetboil zip is 12 ounces.

My feedback: So, if you want a lightweight cooking system then, buying jetboil zip is a good choice. But don't forget that in Jetboil zip, you will not get the feature of the automatic ignition, and you always need a matchbox for lighting it up. When I carry a cooking canister stove for the camping, the main problem which I face is the stability of the products. If the size of the base and the canister is not uniform then it will result in the instability problems. Sometimes my stove also falls easily by the blow of the wind due to the instability issue. In both the units, the manufacturer has provided the tripod stands that make the base of the stoves stable.

My feedback: Since the base of both products is not stable, so I have to carry the tripod stand always with me. As I have told you that jetboil flash is already heavier than the Jetboil flash which makes it more stable also. 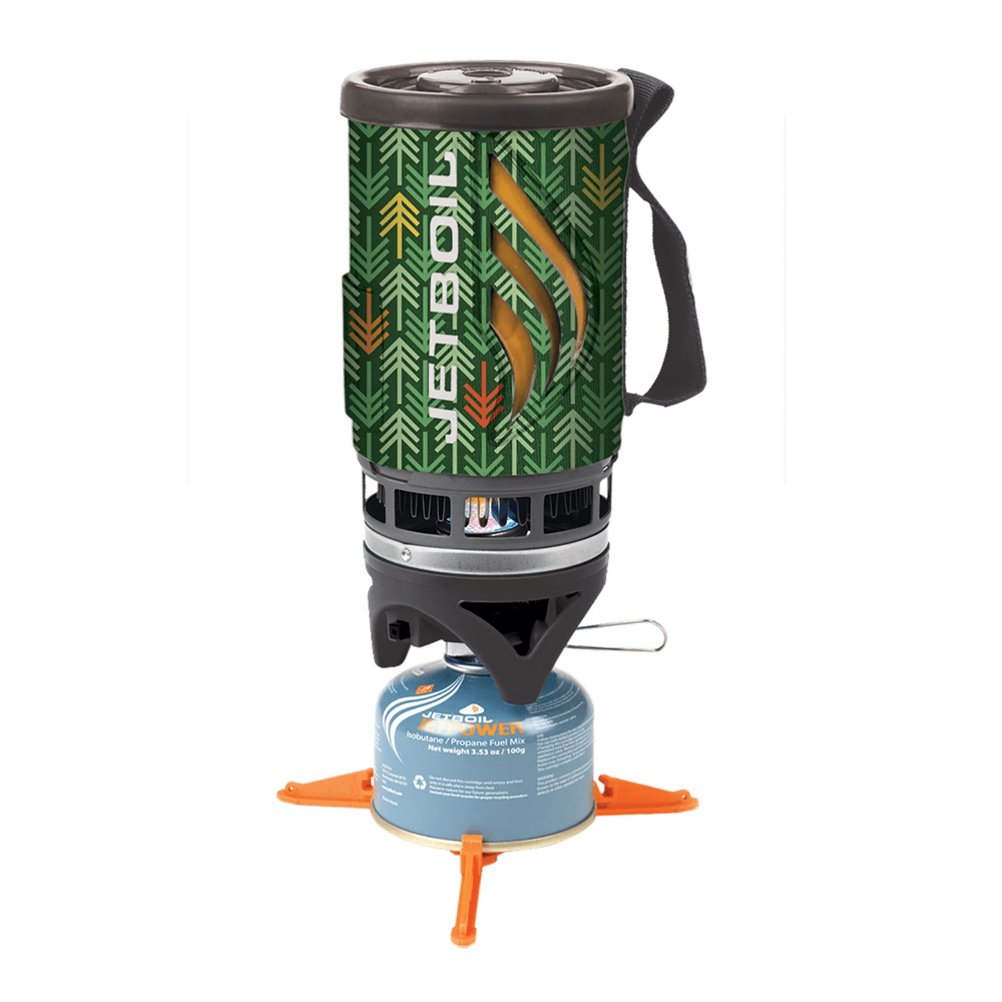 It is very vital that the backpacking stove comprises of the modified designs and the astonishing features. They should match my requirements like boiling water; make soup and coffee, etc. The jetboil flash has the incredible features like auto ignition, push button igniter and the temperature indicator that makes my cooking experience enjoyable and stress-free. However, the Jetboil Zip lacks all these features, and I do not find it versatile at all.

My feedback: I like those appliances more which are versatile and also have all the innovative features in it. So, here the Jetboil Flash consists of the useful features like piezo ignition temperature and temperature indicator that makes our cooking easier during the backpacking activity.

My feedback: It is true that Jetboil flash takes more time for boiling, but it comes with the temperature indicator feature that does not let the water over-boil. This feature is not present in the Jetboil zip which can result in the over-boiling of the water.

Tabulated Comparison between the Jetboil Flash vs. Zip

In the above comparison the Jetboil Flash vs. Zip, I think the major difference between the two cooking systems is the size, price and the features like auto ignition, heat indicator, and the push button indicator.

So, if any person who has a small budget then, you may go for the Jetboil Zip. But if money is not the top priority and camping stove with innovative features is required then, the Jetboil Flash is a better choice.

I have chosen mine, what is your choice?

If you have any question regarding the above article then, you may write to us in the below comment box. We will solve your query as soon as possible. You may also share your good experiences with us here.

Jetboil vs. MSR: Which One is the Best Backpacking Cooking System?

BushBuddy vs. Solo Stove: Do You Know Which one is the Best?